Minerals exploration company, Latin Resources (LRS) is exploring and developing commodities that assist in the transition to net zero emissions. Its current focus is its Salinas Lithium Project in Brazil, where it is undertaking early stage lithium exploration drilling.

The company, whose shares trade on the Australian Securities Exchange, recently completed a A$35 million capital raise that included a A$15 million cornerstone investment from a Canadian Environmental, Social, and Governance (ESG) Fund.

We believe ESG reporting paves the way forward for sustainable business and investment. 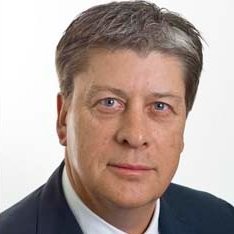 With 82% of retail investors interested in investing in companies that are socially and environmentally responsible and 9 out of 10 institutional investors now using ESG factors to make decisions on their investments, our client, Latin Resources’ (ASX: LRS) first ESG report has paid off immediately.

In April 2022, Latin Resources announced the completion of a A$35 million capital raise that included a A$15 million cornerstone investment from an ESG Fund. With the completion of the raise, Latin has overcome a common challenge facing early stage companies — attracting adequate capital to execute on their strategies.

It’s rare for junior explorers to raise substantial amounts of capital or attract institutional investors to their share registers in the early exploration stages.

Yet Latin Resources has done just that. The company, whose shares trade on the Australian Securities Exchange, is exploring and developing commodities that assist in the transition to net zero emissions. Its current focus is its Salinas Lithium Project in Brazil, where it is undertaking early stage lithium exploration drilling.

Latin Resources described the A$35 million raise as ‘transformational’, and it is clear why when considering that the company held just A$3.4 million in cash and A$1.9 million in investments at the end of the last quarter.

The raise to institutional and sophisticated investors was anchored by the A$15 million cornerstone investment by the Electrification and Decarbonization AIE LP Fund (E&D Fund), a 100%-owned subsidiary of Canada’s Waratah Capital Advisors.

Raising such a large sum, especially in the current volatile market, is a significant accomplishment. Junior explorers rarely see amounts like this raised until after they have made a discovery that warrants the attention of institutional investors.

It’s fair to assume that Latin Resources’ ability to stand out in a sea of junior explorers may have a lot to do with its ESG credentials.

Latin Resources started reporting against the World Economic Forum’s Stakeholder Capitalism Metrics ESG Framework last year using Socialsuite’s ESG platform for small and medium sized companies. They set out to demonstrate all the work they are already doing on the ground. Upon starting their ESG reporting, a lot of the ESG metrics to report were already there, they just needed to be captured in a visible framework in order to reach stakeholders.

Since then, Latin Resources has worked to publish, share, and promote — using its ESG report to position its business for ESG investment. This makes it an easy task for potential investors to screen the company on ESG credentials and tick their boxes.

On top of raising the A$35 million, Latin also expects that its ESG credentials will drive strong partnerships with industry leading battery producers and off take deals.

Latin’s reputation and branding has also benefited from the team’s commitment to ESG. Chris Gale has appeared on Sky News with our Chief Impact Officer, and the company's ESG efforts now appear prominently on its website.

ESG reporting shows the world how Latin Resources responsibly manages environmental, social, and economic impacts. And by reporting against a standardized, comparable and recognised international framework – the WEF Stakeholder Capitalism Metrics – Latin has successfully enhanced its reputation and perception by stakeholders.